"Designed for and used by the GCS Owls Esports team of Swansea, the Dracoraptor will give you a competitive edge over your opponents. Built with serious gamers in mind, this AMD powered prebuilt gaming PC has powered the GCS Owls to great success – we even named the PC in their honour!" 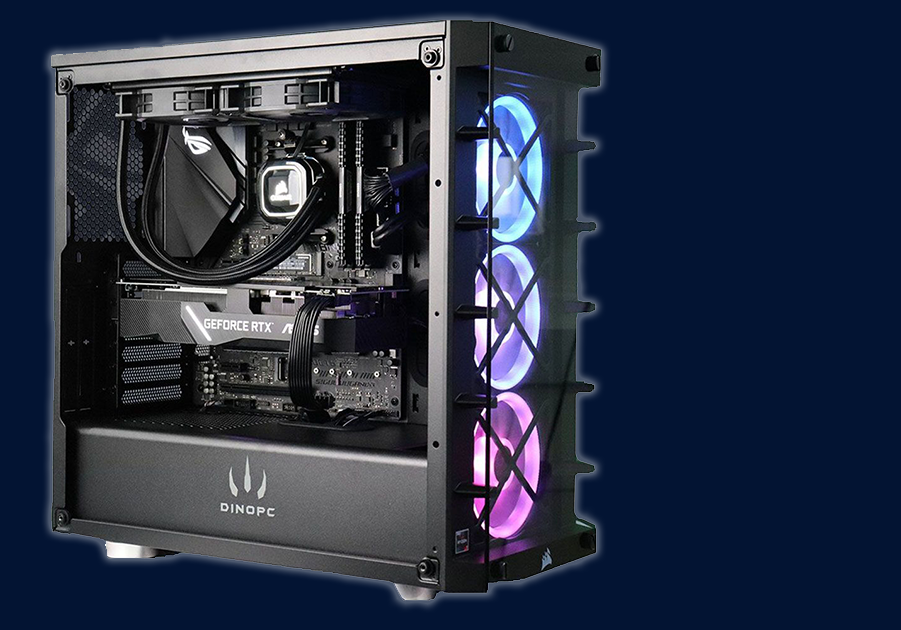 
The Dracoraptor was named in honour of the GCS Owls Esports team who are based at Gower College in Swansea. The Dracoraptor is the first skeleton of a theropod dinosaur found in Wales, and with the GCS Owls being located so close to the dinosaurs final resting place, it only seemed right to name the PC after it!

AMD Ryzen 7 3700X CPU Whatever the future throws at you, be ready with a PC powered by the AMD Ryzen 3000 Series processor. The world’s most advanced desktop processor delivering impressive levels of performance. Enjoy higher speed, wider bandwidth and more memory for smooth gameplay, crisper visuals and richer textures.

Samsung 250GB 970 EVO M.2 NVMe PCIe SSD The 970 EVO Plus reaches sequential read/write speeds up to 3,500/3,300 MB/s, up to 53% faster than the 970 EVO. The latest V-NAND - which brings greater NAND performance and higher power efficiency- along with optimised firmware, a proven Phoenix controller and Intelligent TurboWrite boost.